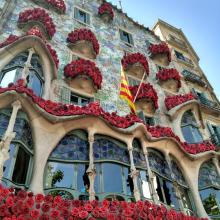 The 23rd of April is one of the most special days in Catalonia, as we honor Sant Jordi (Saint George), our patron. But it's also about celebrating love, as this day is considered the Catalan Valentine’s Day. Moreover, we also feast literature, since it is at the same time the Day of the Book. We celebrate this day with roses and books due to an ancient legend involving a knight, a dragon, and a princess, and we use it to cherish love and passion for literature For this reason, the streets of cities and towns are crowded with people and stalls selling books and roses, perpetuating this tradition based on love and culture 📚🐲🌹

HAVE YOU EVER HEARD ABOUT SANT JORDI'S LEGEND?

A Long time ago, a ferocious dragon, capable of poisoning the air and killing with his breath, had frightened the inhabitants of the city of Montblanc (Tarragona). They were scared and tired of the dragon´s ravages and misdeeds, so they decided to calm him by feeding him one person a day, which would be chosen randomly in a draw. After several days, the princess was the unlucky one. The king was immediately opposed to the draw, but the princess decided to sacrifice for her people.

When the princess left her home and headed towards the dragon, a knight named Saint George (Sant Jordi), dressed in shining armour, riding a white horse, suddenly appeared to rescue her. Saint George raised his sword and stabbed the dragon, at last releasing the princess and the citizens from this turmoil. From the dragon's blood a rosebush grew with the reddest roses that had ever been seen. Saint George, now a hero, picked a rose and offered it to the princess. 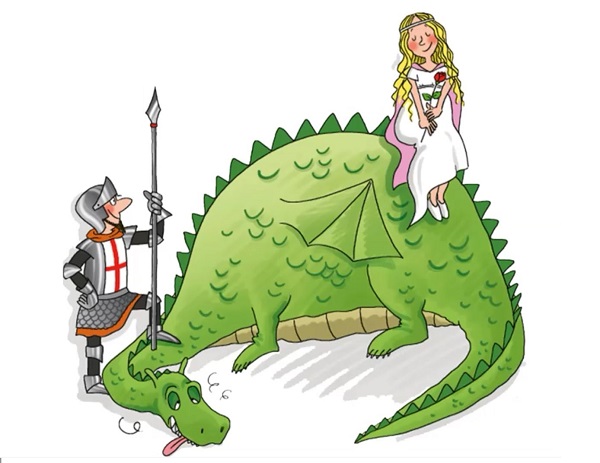 From ESN Barcelona we didn’t want to miss the chance to celebrate it with all of you, so we invited you to let your imagination fly and participate in the ✨ESN Short Story Contest✨. The theme was “Thoughts and adventures during my Erasmus” ✈️ Including ideas such as:

And now, the moment you were all waiting for… 🥁🥁🥁 We are announcing the winners of the contest!!! 🥁🥁🥁

Congratulations, Davide! Hope you all like the poem as much as we did. You can come to our famous Tandem next Tuesday 31st to collect your prize!🌹